A Tank is a Tank?

If there is one phrase that hurts the most it is that when I hear “It’s just a water tank, how much difference can it make?”. Once you sit and really learn how water, your pump, and the rest of the system works, you are left retorting to the above with: “How much different can a Ferrari be from a Hyundai?” and that’s really how it feels for me inside when I hear that.

I've really hesitated to write this one, a lot actually, knowing that others copy our designs and/or our methods. Maybe I should be thankful? Well, sure, I've been thankful for a long time. The fact that anyone is willing to listen to what I have to say, I always appreciate it. But now we are talking about the ins and outs of how we do what we do. So I guess, here we go... 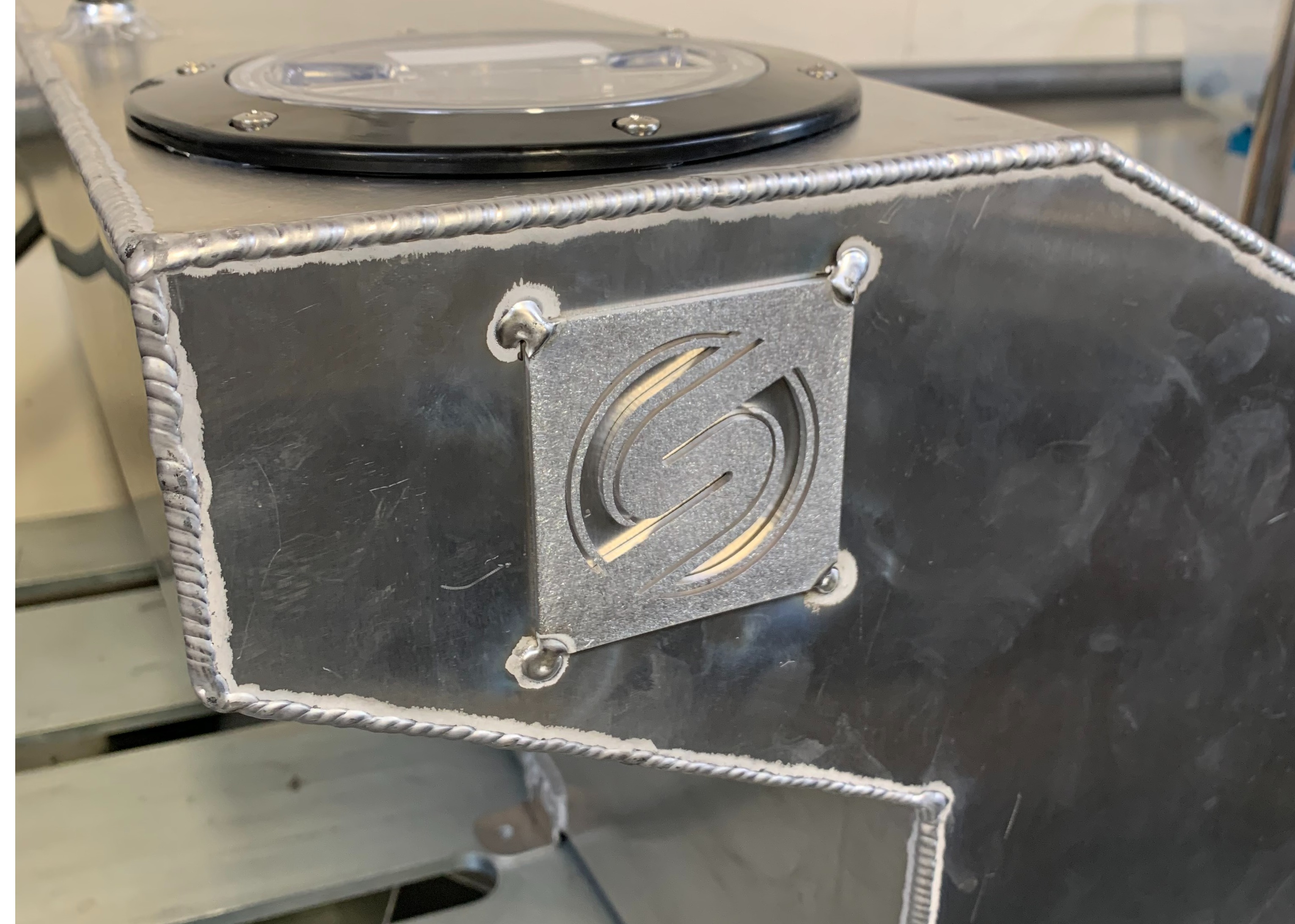 It's NOT Hip To Be Square

The square box effect. Yup, water tank, the square box that holds water. The same box you cut a piece of perforated aluminum sheet to prevent Ice from being sucked down a tube on the inlet, the same box you stick in the engine bay without thinking that engine bay heat is warming it up faster than your ice can cool it down. Yeah, that box. The first mistake you made was calling it an ice tank because it sits in the engine bay. The second mistake you made was using a 1 inch by 1 inch piece of perforated aluminum sheet to prevent Ice from getting sucked down the tube. So now you have a hot box, and now you have taken the single draw tube and restricted it to half the flow because of the perforated sheet. You have officially made a system that has a hard time keeping up.

Don’t get me wrong, I have made a few water tanks that sit in the engine bay, but I certainly do not call them ice tanks. No way man, that is not an ice tank. We call that a fill tank or expansion tank. They can only do what they can do with the space they are confined to. There is nothing wrong with that either, but just know, each style is only capable of what it is capable of doing.

Expansion tanks - let’s “expand” on this. So we have tanks out there and we have some with caps and some with bleeder valves and so on. The idea of an expansion tank is to add volume to a system of an already working system. It is that simple. The great part about this is that you can create a system that works amazing, without being complex. The filler tank can be used both to add volume and give you the ability to bleed the water system because you probably did not have the ability before with the stock system. So when we sell an expansion tank we are basing it off of the fact that we are adding it to an already existing system that needs more volume. And, we are not adding fluids to the tank directly but rather through the main OEM fill point. If we create an engine bay water tank then we are talking about a water tank that not only happens to hold more water volume but also allows us to have a fill and bleed point for the system since the system did not have one. These two things are very important to understand when building your water system.

The key differences between the engine bay fill tank and the expansion tank are that sometimes the engine bay fill tank is closer to a heat source than the expansion tank. You can hide expansion tanks in lots of places for a water system but an engine bay water tank - well the name says it all. It’s a great way to try and find the middle ground from bleeding blower coolant, adding volume, and everything else. But engine bay tanks will always absorb a little more heat and unfortunately just the nature of the beast. Don’t get me wrong, they work great, but they work great to a certain point where your power level is far past what the tank can do for you. We found that cars like the C6 ZR1 making close to 950 wheel horsepower (or more) that if you went from a smaller engine bay system to one of our full out trunk tank systems we saw 40 WHP gains alone. No joke, the only change made was the water system. That is how important knowing your cooling system really is. 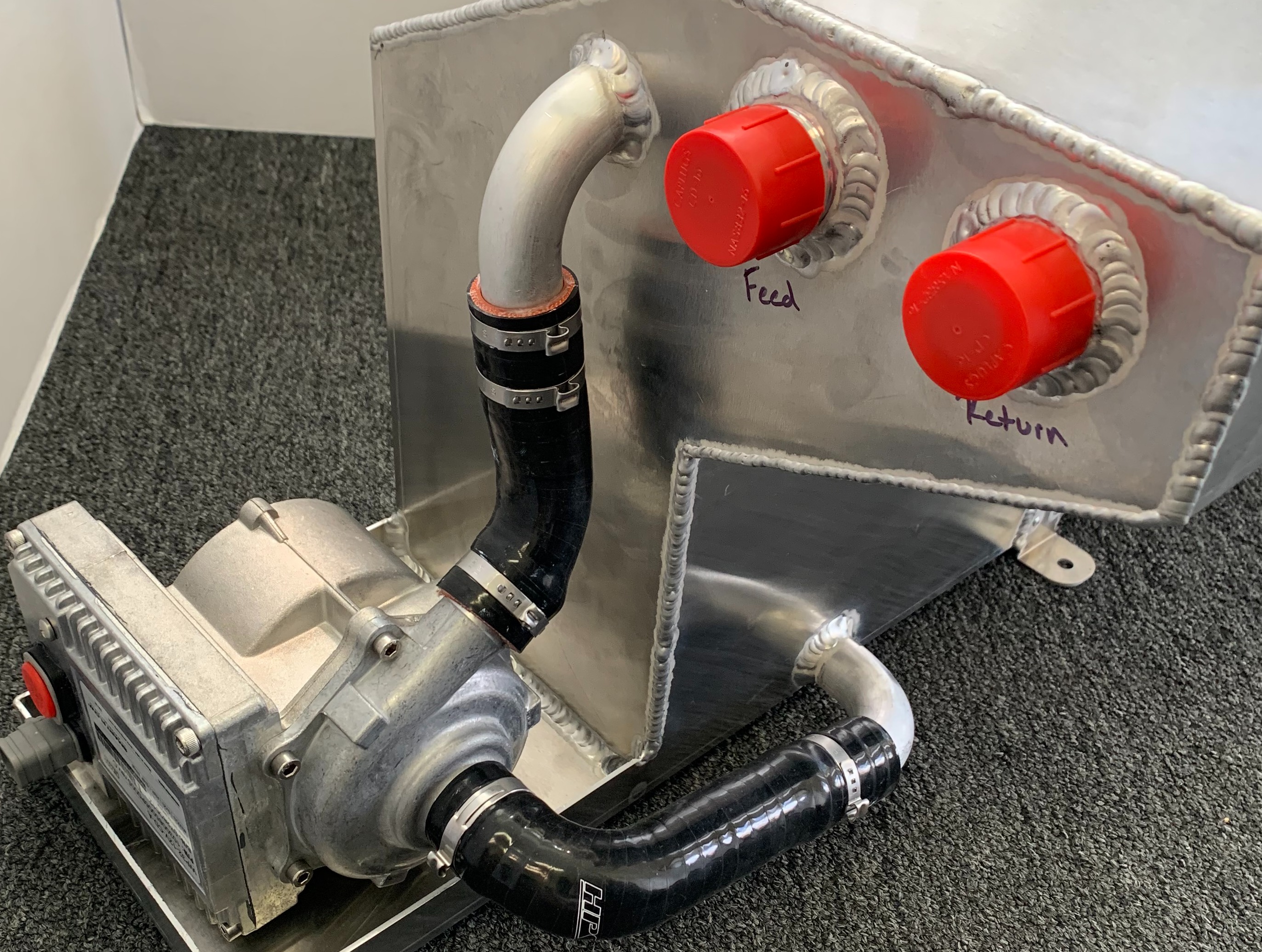 Let’s really dive into water and pumps for a moment. Water pumps are their own animal and If you use the wrong one, you will crash fast. Use the right pump and you will forever gain footing. But, in order to understand the water pump that works well, you then have to understand not only how it moves water but also how it ingests water! Did you know that a water pump can change how well it operates based on how well it can suction water from a source? Did you know that not only does that change the output but also change the voltage and amperage draw the pump uses to do that work? Yes, it really is happening! What you give to a pump, you receive - sort of like superchargers, turbos, and life lessons - you get what you put into it.

There was an instance where I tested a pump for a customer on a tank I built for him. When I tested the tank/pump system I saw a flow rate much greater than what I normally would see the pump do on its own. How was this possible? Well, it came down to the style of pump actually. The style of pump used was affected by its ability to be fed. I picked up 3-4 GPM than I normally see because of how I fed the pump from the tank. The pump is a pump I always use and it doesn't run any faster - yet here I am, moving water faster than I have seen this pump move before. All I had to go off of was articles and thesis papers from guys at NASA and other places to even come close to what was happening. Every time I drive to work I always see water treatment plants and ask myself - why is a pipe shaped a certain way? Well, now I have my answers. 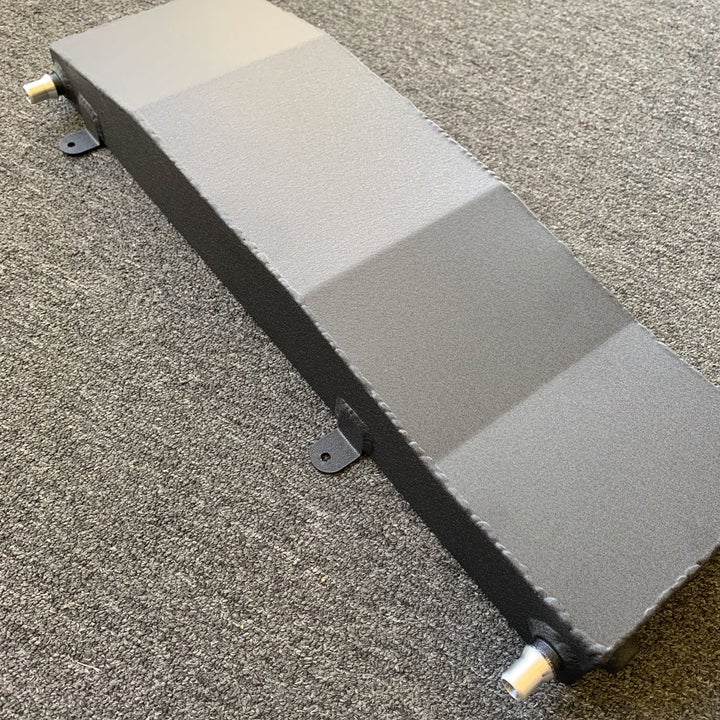 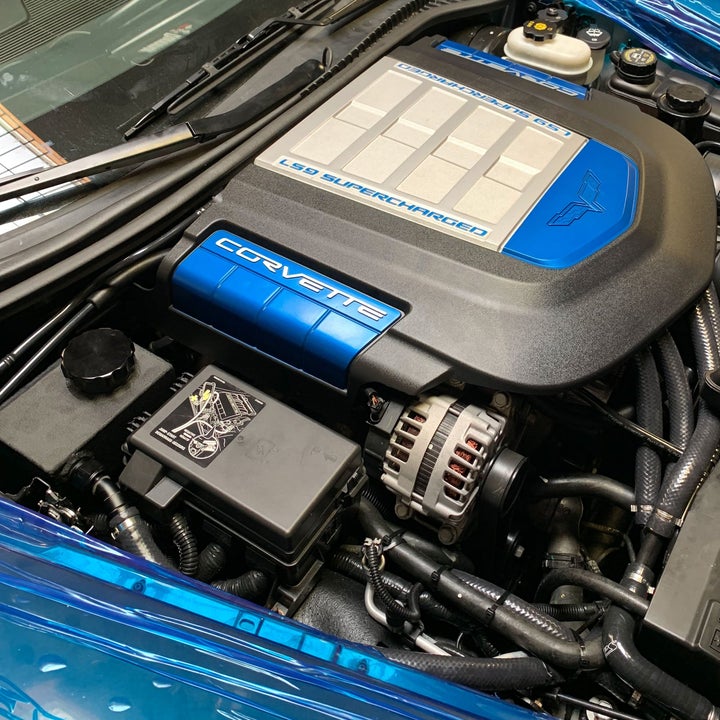 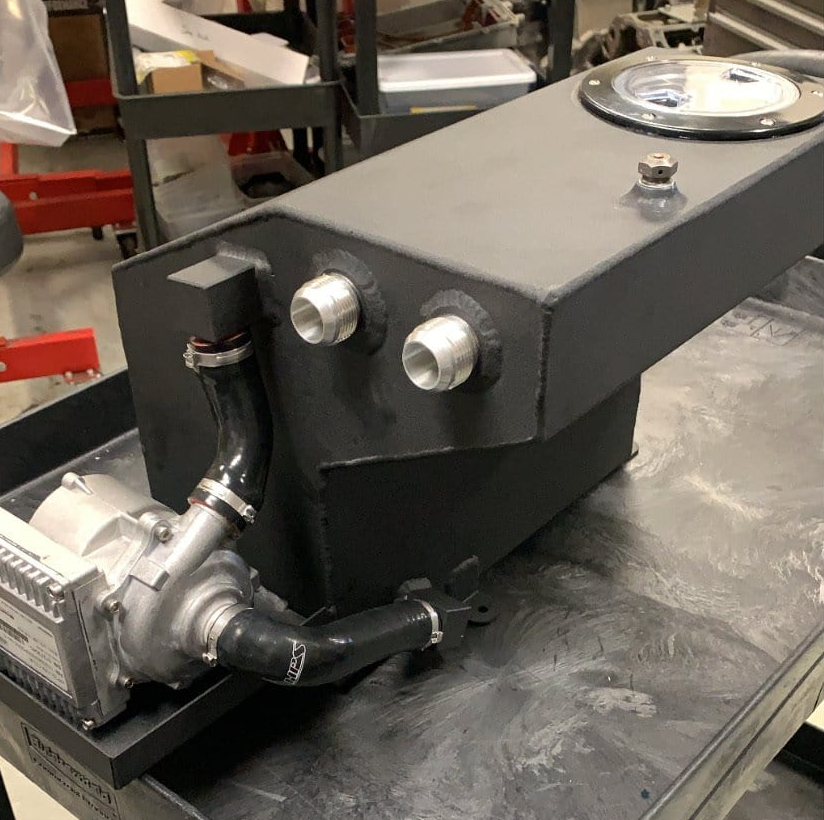 Water flow seems to be like traffic on a freeway. When one section slows down the rest of the water traffic behind follows suit. Total pump restriction, or “head” has to do with how many variables (components) are in the system. You have the pump and the first line/hose, you have the intercooler of some type and then the heat exchanger and then you’re ideally on your way back to the tank. Each connection is essentially an equation. We don't think about this, but this is exactly how it should be seen. Each change is a pit stop in your water journey where pit stops do nothing but slow you down.

So without telling you the specifics of certain things there is an actual formula to what a pump needs in front of itself, what it can do with what it has, and how well it can do with what it is working with. What I am actually saying is: a water box is not just a box. It’s a critical part of the cooling system that requires certain design characteristics in order to actually perform. Now, I’ve probably said too much. Would I like to talk more about it? Sure, if I could I would. But then how would I inspire you to learn if I don't? Use your minds, think about how it is all moving as you close your eyes. Usually, your instinct is normally right.