If there was a topic out there that could go in all directions it would be a discussion of supercharger pulleys and belts. In my 20+ years I have seen the ideas of supercharger pulleys and belts go from no one knows anything to everyone knows the wrong things - oh the irony! I have seen pulleys get the tops of their ribs cut flat, notches put into ribs, maxed out belt tensioners and at one point being told to run solid tensioner setups. It has come to the point where we are going past how a belt and a pulley were meant to work.

Belt Wrap is Everything

Belts are made for wrapping. Not the Digital Underground rap from the past and not the Christmas gifts under your tree either! Rather, belts were made for wrapping around each drive pulley in the system. We are talking about how much surface area you are using around any given pulley at any given time. So what’s the most important pulley in the system? The crankshaft of course - the crankshaft pulley is the guy doing all the work. Without the crankshaft pulley you have no alternator, power steering, supercharger and whatever else you feel like driving off of a belt.

So how can we optimize this belt and pulley system? The first thing I do is look at the load where the “load” means how much work a pulley requires to be turned. Alternators are a pretty low load component, power steering pumps start to require more effort and a supercharger puts the most load on that belt/pulley system. The wrap we talk about around a pulley affects so many things. If the main drive (crankshaft) pulley drives the whole group of them then the most amount of wrap is dependent on that pulley to survive.

Look at a pulley from the front. Look at where the entrance and the exit point of where the belt is on that pulley. If you see the belt contact points consist of under 50% of the pulley’s surface then you may have a drive system that is relying on a support system not up to the task. It might last for low loads across the system but the minute you add more items, like a supercharger, you’re asking a lot of a system that never stood a chance. You may start with an aftermarket supercharger set to a very low amount of boost (i.e. big upper pulley) and it may seem to work. You then want to take things up a notch and all of a sudden... the belt/pulley system just isn’t keeping up. You have to look at how much pulley is actually being used to hold on to the belt and having more than 50% contact is a good start. Think of a pulley as a hand and the belt as the monkey bars you’d climb on as a kid.  Fingertip-only level grip isn’t what gives you a firm grip.  More contact means more grip and with pulleys it’s very similar - the poor crank pulley is going through the same motion. It’s trying to hang on and as long as it can.

I felt like I did not know much about pulleys when I started and then I felt like I knew EVEN LESS about them the more I learned! Talk about a wormhole. At first, more tension is better and then, stiffer belts were the new thing and it still seems to be that way. Then we had companies cutting down the tops of the v-rib on each pulley thinking it would grab deeper into the belt and/or put flat tops on each rib on the pulley. Then I met Andrew from ZPE/Griptec. He was a guy like others in my life who were willing to teach me the things that I’d been missing. He taught me a lot about the basics of the design of a pulley in relation to a belt and because of Andrew I’ve changed the way I look at a belt and supercharger pulley systems. For starters, did you know that there’s a dust channel needed in each pulley groove to remove the dust from the belt? So, 100% belt contact on a v-grove ISN’T the goal! Using a stiff belt that can’t be a little elastic is also not the goal.  The elasticity allows the belt system to “breathe” as load is applied and removed.  Maxing out a tensioner is akin to stiffening the belt and hinders this “breathing” motion as well. To be honest, stock OEM style belts have a lot of the characteristics you want (imagine that) in an aftermarket system and I’ve used them recently in full-on race setups.  But like anything else, it’s a continual learning game and even armed with knowledge it can be a game of trial and error. 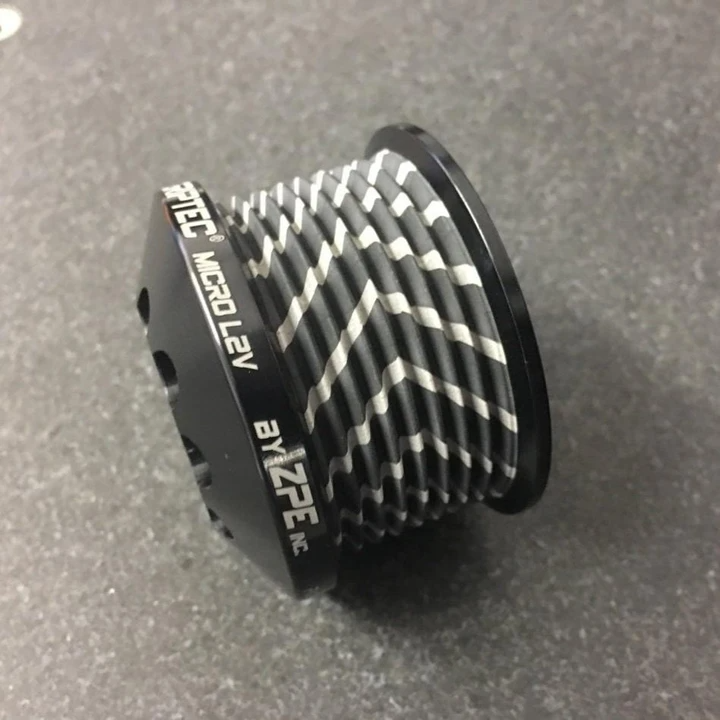 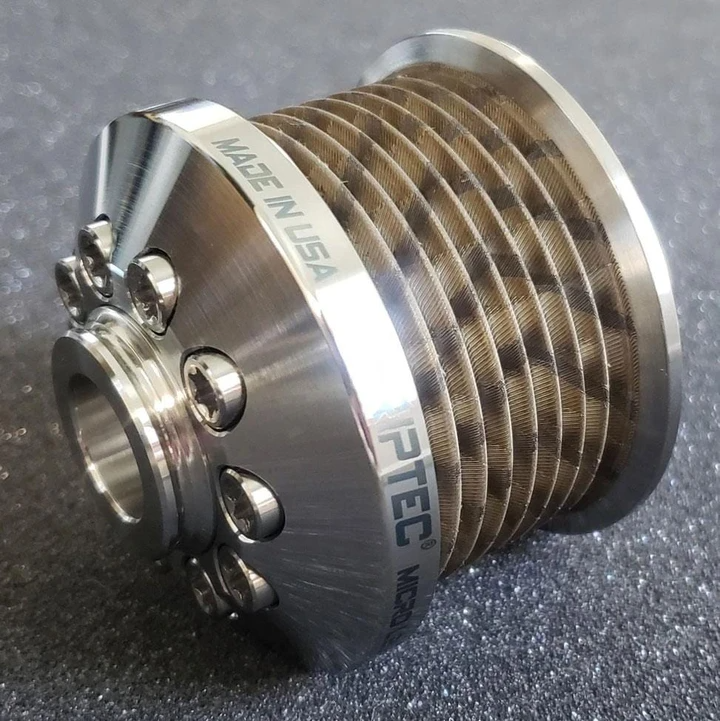 So what happens when you make a full throttle pull anyways? If you were to put a camera on a belt system you would see that the belt grows and grows a LOT. As the RPM’s increase so does the growth. This is where the tensioner comes into play. The belt tensioner’s job is to adjust and move with the belt's expansion. But the tensioner is also meant to retract with the belt’s contraction which is key to a belt's survival. Anyone who has ever filmed a belt knows that the belt doesn’t fail during the RPM ramp up, rather the belt fails when the RPMs make a (drastic) change in RPM direction. A quick shift of the trans, a let off the throttle, a press-to-the-floor of the clutch after a pull. This is where the tensioner has to react and react quickly and if it doesn’t have the range then it can’t do what it was designed to do. You may have one direction of the tensioner (RPM up) but if you do not have the other (RPM down) then you lose a belt or rip it into pieces and so on.

So how do we address this? More belt ribs? More brackets with idler pulleys and a stronger tensioner? Ultimately less is more here.  You want good belt wrap over the important pulleys (crank, blower) and utilizing bigger pulleys on the crank and supercharger makes for a more solid setup.

Pulley ratios can be funny and surface area on a pulley is everything. The first thought when you modify your blower car from the factory is to replace the factory supercharger pulley with a smaller one - you know… for the boost. The more you spin the blower, the more air it moves and the more boosts you can reap. But let's fast forward to big power stuff. You want a lot more spin because you need a lot more air from the blower. At some point the pulley on the blower can only be so small until a belt no longer can grab ahold of the circumference of the pulley. So we’re asking an ever decreasing pulley size to absorb an ever increasing amount of load and this game can only be played for so long. Alternatively we can adjust the final blower pulley ratio by increasing the main drive (crank) pulley. Now we have a larger main drive pulley so that with the same engine RPM we are actually spinning the blower drive much faster. Now going larger on the main drive pulley has a massive advantage. When you go larger, you have a ton more belt wrap and surface area for that drive belt. This allows you to spin the upper pulley assembly on the blower much faster without having to go smaller on that pulley size. So lean toward increasing the size of the lower pulley over going smaller on the blower pulley and you’ll maintain a good hold on the belt system overall.

So what's the takeaway here? Bigger pulley on your lower and as big of an upper as you can stand.  Belt wrap is king and the tensioner's job is difficult in both directions so design your belt system with these nuggets in mind.