A pump is a pump?

The uninitiated seem to think that a pump is a pump and all water pumps move water in the exact same and they could not be more wrong. Every time I hear this I just roll my eyes. A water pump is so many things in one and there is so much more to moving fluid. There are water pumps that are designed to remove water from a place and just dump it into another place. Then there are pumps that are designed to move water while having pressure or load in front of them. These are key things to think about when you have a water system in a vehicle that contains a tank, heat exchanger, intercooler bricks, hose ends and about 30-40 feet of hose.  The water pump choice is the most critical of the entire water/ice cooling system.

Not all water pumps are created equal when comparing simple spec sheets. When I used to search for pumps the first thing I would look at was how much water it flows - seems logical enough, right? It's easy to find a pump that moves this crazy amount of water according to the spec sheet and then you make the quick decision that this crazy water-flow pump is the one and get it. You install it into your cooling system and you put gauges on the return to see what the results are and your dreams are crushed... Why? Why did a pump with a spec sheet of moving water that could drain a swimming pool perform worse than a pump rated for less flow but with positive pressure on the inlet? That’s my point. They are simply not the same.

To Bilge or Not to Bilge?

Let’s look at a famous pump used a lot in the automotive aftermarket industry, the Rule pump. I've seen them a lot... heck I've seen them in a lot of drag race setups and yes, the cars have run fast. It seems we base the choice of pumps and other performance parts off of a vehicle that runs for a whole 8-10 seconds? Really think about this - if we are picking parts based on a drag car that runs for a whole 8-10 seconds then we are missing the bigger picture here. I've heard all about folks that have seen a certain blower on an 8 second car or I've seen this water tank on some other 9 second car. Cool story man, cool story. Then you see those same cars trying to run a half mile, a full mile event or even just a 30 minute drive on the streets to the local car event - not even racing and you realize that what you saw kick ass over 8 seconds just doesn’t work for other applications.  It’s a big problem in general with “the forums” or “the Facebook group” - so much of the content is anecdotal and while it may have some roots in real life it doesn’t have applicability to all use cases.

So.. bilge pumps (i.e. Rule pumps) are very common and very cheap so it’s no wonder they are used in a lot of tank setups and builds. Have you seen the specs? Wow, these things move water right? According to the spec sheet these pumps move more water than Moses did! But when put into a high performance, longer duration performance cooling system bilge pumps are just not up to the task. The pressure in front of the pump simply kills it and the pump has no idea what to do. This pump death exists because the pump is designed to move fluids as fast as it can with zero pressure on its input side (that is why it’s called a bilge pump after all).  It’s designed simply to remove water from a source and transfer it - that's it - end of story. The second you put a load in front of it, that load changes how the pump operates. All it can do is try and when pushed into a wall the pump can only move so much.  Unfortunately that wall looks like reduced flow and you may even see it dive in performance to 1/8th of what the spec sheet said. Again, this is because there is nothing regulating it or controlling it. It’s a one pony show and only does one thing and only one way. When faced with this input-pressure load over time these pumps simply fail. The motor can not take it and the amperage goes up with no results - it physically can not live at this level for long.

This brings us to the Stewart/EMP pump.  The EMP pump falls into the category of centrifugal water pumps. Did I know the difference before finding out “the hard way”? Nope. Do I know it now? Yup. If you do a search on these kinds of pumps on google you will find massive science articles on water, pumps, flow types, boundary layers - you name it. If you want a rabbit hole of info, just try it out. EMP pumps do share a lot in common with air pumps of the same nature like a Procharger which is a centrifugal pump as well - but built for air (scroll down for a side view of an EMP pump... looks pretty turbo/procharger-esque doesn't it).

Let's talk about the most important thing about the EMP pump and that is: it has a brain.  These pumps aren’t just something you turn on and see static flow.  They actually adjust to the level of RPM you are looking to sustain based on their internal computer.  If you look at the genesis of the Stewart/EMP pump it's a commercial transit pump. Essentially it's a water pump designed to run thousands of hours of continuous water movement. Yes, thousands of hours (they state a 10,000 target lifetime on their spec sheet). A school bus or a transit city bus runs day and night, day after day, so EMP pumps were built for this level of abuse and they have both the construction and smarts to perform.

So, back to the brain on board this pump. The computer on this pump does it all. It looks at the programmed desired RPM and it will auto adjust to that RPM. Let's say you have a system that has a lot of restrictions in it - the EMP pump’s computer will match the desired pump speed programmed and keep it that way regardless of what the current system’s state is. If you take some restriction out then the pump will regulate and auto adjust to its new view of the world. The controller is smart and it not only does this auto-adjustment but it also watches amperage used as well as other factors in the system. 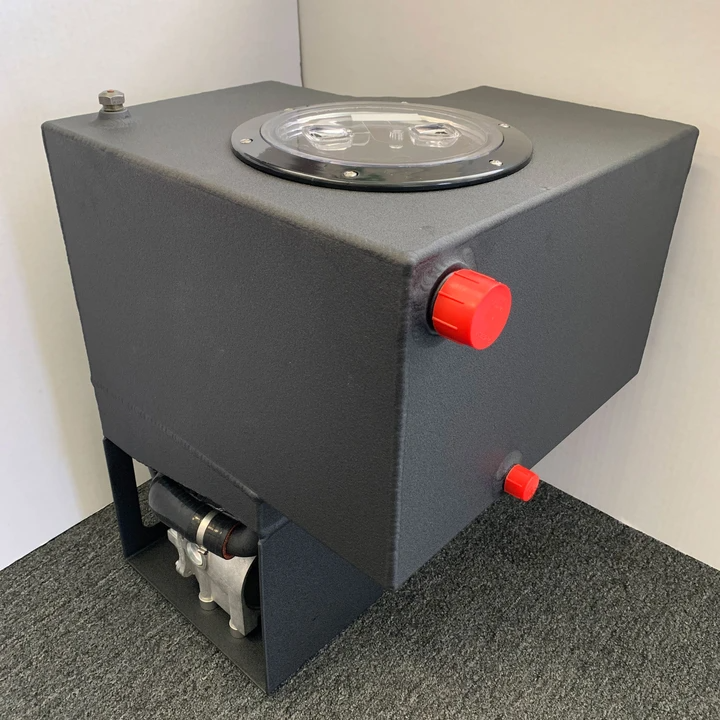 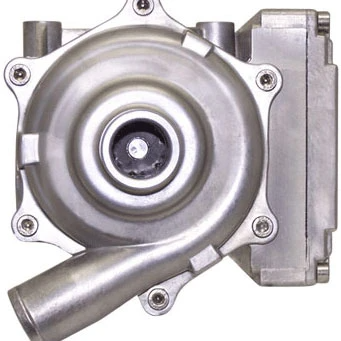 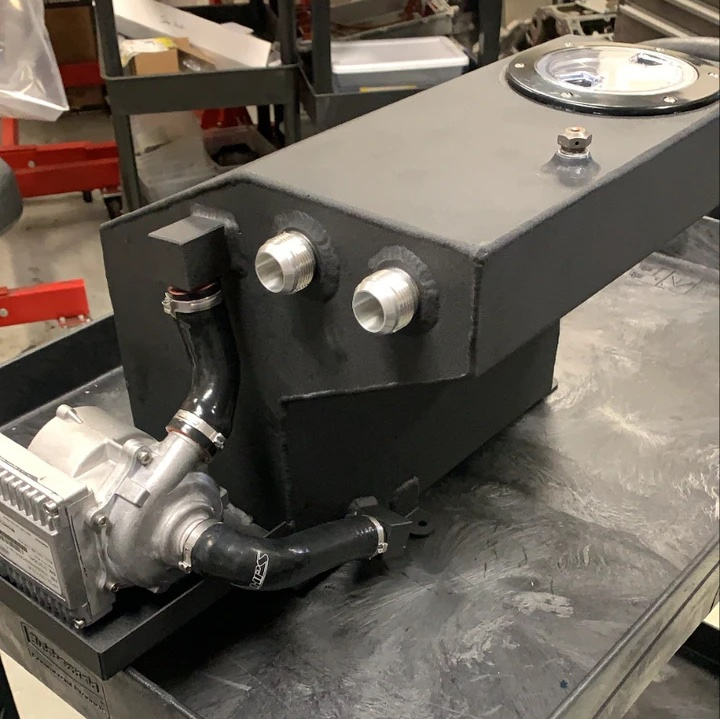 So, when I say there is no other pump better for the job of high performance, long duration cooling systems - I mean it. The EMP pump literally does it all and will keep doing it for hours on hours without failure and it's why they are the cornerstone of all of our cooling systems and kits. Most folks don't even know that the wiring is even simpler than many other pumps even given it’s on-board smarts. The on-board computer has its own relay system, so you only need power, ground and a 12-volt power source. That’s it - It’s that simple. No complex relay kits or know-how. It's all done for you and the Stewart/EMP pump setup really is the choice for any water system.

It's a misnomer that EMP pumps need to be "reprogrammed".  They come from the factory essentially ready to go.  That said, if you are unsure if your pump is setup for maximum efficiency and flow we can definitely help you out.  Just contact us and we can assist in verifying your pump and/or re-programming it.  Every EMP pump Synergy sells comes programmed for maximum flow and efficiency from day one.