History of the Durango Hellcat 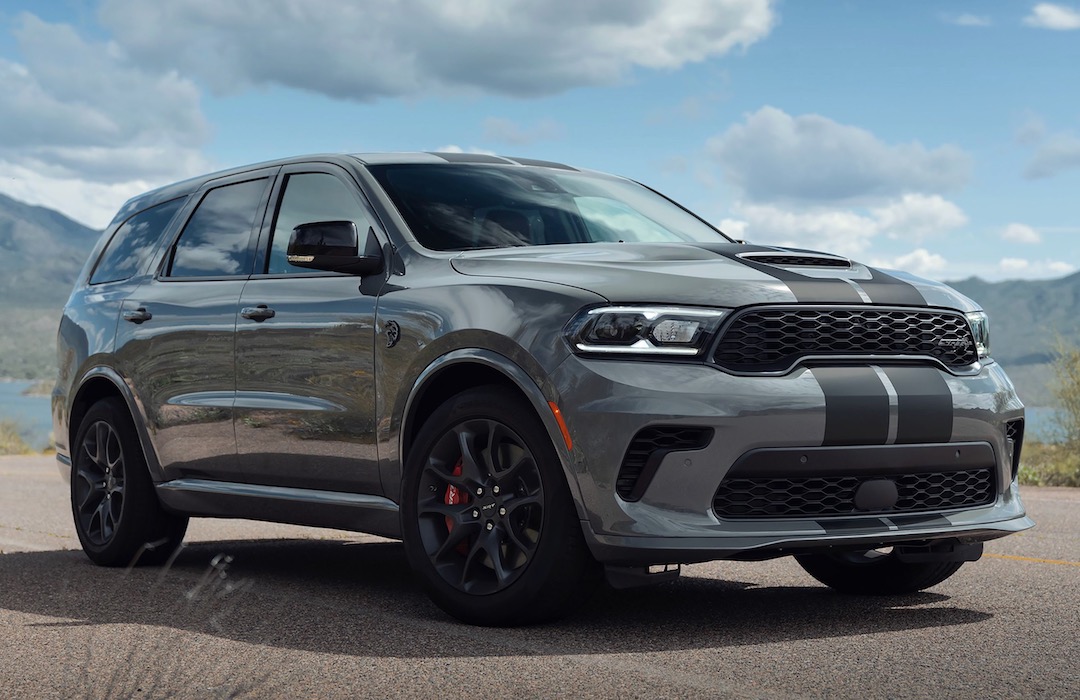 The Dodge Durango SRT Hellcat was announced in July of 2020 to be the pinnacle of the American automaker’s SUV lineup. With its sights set on being the fastest production SUV in the market, Dodge pulled out all the stops. Dodge included a supercharged 6.2L HEMI SRT Hellcat V8 engine to the SUV to produce a staggering 710 horsepower and 425 pound-feet of torque. The 2.38L supercharger had a maximum boost of 11.6 PSI for maximum speed at 14,600 RPM.

Dodge made its intentions clear by announcing that the Durango SRT Hellcat would be a limited production vehicle at launch. When the automaker first announced the vehicle, it also stated that it would only produce the SRT Hellcat model for a period of six months to allow for only 2,000 units to be produced. This was further extended in 2021 by another 1,000 units to meet demands and took the tally to 3,000 units in total.

The production of the powertrain was discontinued for the 2022 model year which only added to the rarity and legacy of the Durango SRT Hellcat. Dodge decided to discontinue the powertrain after 2022 to comply with the tougher automotive emissions requirements.

History of the Dodge Durango

The Dodge Durango first entered the market as a strong truck-based SUV in 1997. The Durango had the same front end, instrument panel, and other interior components from the Dakota pickup. The first-generation Durango had six different powertrains before their second-generation model was launched in 2004.

The second-generation Durango took design cues from the Dodge Powerbox concept which was based on the 1999 Dodge Power Wagon concept. One of the most notable advancements with the line was the introduction of the hybrid model in 2009. This hybrid 5.7L HEMI V8 engine produced 345 horsepower (257kW) and 380 pound-feet of torque (515Nm) while the electric motors produced an additional 87 horsepower (65kW). The hybrid version increased the overall weight of the car but improved the fuel efficiency to 19 miles per gallon in the city and 20 on the highway up from the standard HEMI’s 13 city and 18 highway.

In 2011, the Dodge Durango saw one of the biggest updates to its powertrain. This is when Dodge implemented a new 5.7L V8 engine that could produce 360 horsepower (268kW) and 390 pound-feet of torque (529Nm). The 5.7L HEMI V8 was the first to come with a more efficient setup that could deactivate specific cylinders in order to save fuel. This feature was perfect for when the vehicle was in cruising at constant speeds or on stable terrain.

The 2018 Dodge Durango SRT was launched to be the high-performance trim level for the automaker. The Durango SRT sported a 6.4L HEMI V8 engine that could produce 475 horsepower (354kW) and 480 pound-feet of torque (637Nm). The 2018 model also received the new Uconnect infotainment system and the 3rdGeneration ZF 8-speed automatic transmission. The rotary transmission gear shifter was replaced with a T-grip handle, like in the Dodge Charger.

The interior of the Durango SRT Hellcat was upgraded as well to include a new instrument panel with Uconnect as well as an 8.4-inch infotainment screen that could be optioned up for a larger 10.1-inch touchscreen. In addition to this, the Dodge Durango SRT Hellcat sported new Pirelli Scorpion Zero tires with 295/45ZR20 grip for extra performance.

When designing the 2021 Dodge Durango SRT Hellcat, Dodge wanted to create the most powerful SUV in the market. They achieved this by putting more horsepower in the Hellcat than ever before. The 2021 Durango SRT Hellcat has an improved 6.2L-S HEMI V8 engine. This muscular powertrain could churn out 710 horsepower (530kW) at 6,000 RPM and produced 645 pound-feet of torque (875Nm) at 4,000 RPM, making it the most powerful SUV of 2021.

The 2021 Durango Hellcat also came with a 2.38L supercharger that could hit a maximum speed of 14,600 RPM to deliver an unbelievable driving experience. With a top speed of up to 180 mph, the Hellcat was one of the best octane-powered SUVs that could accelerate from 0-60 in 3.5 seconds. This is made easier by the latest launch control and launch assist technologies to help manage the power for maximum performance.

The Durango SRT Hellcat has a certified NHRA quarter-mile drag time of 11.5 seconds while still having the power to haul over 1.5 times its own weight up to 8,700 pounds. The Durango SRT Hellcat came fitted with SRT performance pages and various drive modes for the perfect drive every time. The 2021 model also sported performance breaks with four-piston rear brakes with 13.78-inch rotors and six-piston front brakes with 15.78-inch two-piece rotors.

Legacy of the Durango Hellcat

When Dodge announced their new Durango SRT Hellcat back in July of 2020, the automaker made its intentions clear that the SUV would be a rare, supercharged SUV. Dodge clarified that the Hellcat would be produced for only a short time of around six months. This shortened production time would only allow for about 2,000 units to be produced in total.

Despite the $82,490 price tag, the Dodge Durango SRT Hellcat sold out in just two months from the order books opening. It was then that the automaker announced that they would increase production by another 1,000 units, bringing the total number of Hellcat’s produced to 3,000 units. They stated that they did this to fulfill sold orders within their system as well as allow customers to place new orders if they wanted to. Although this decreased the rarity of the vehicle, it did allow for more customers to get their hands on the rare performance SUV before the impressively muscular powertrain would be discontinued by Dodge.